At SEMAP, we’re always encouraging our community to choose locally-produced protein sources. Southeastern Massachusetts is home to a vibrant network of livestock, chicken, and dairy farms producing healthy foods with strong environmental and ethical guidelines. But how much do we know about what’s in the waters nearby? In celebration of National Seafood Month, we’re diving into the seafood industry in Southeastern Massachusetts to help celebrate local fish on our plates.

Our region has a deep fishing history that’s still active today. The Port of New Bedford, operating since the mid-1700s, has been the U.S.’s richest fishing port for almost 20 years. Valued at $431 million in 2018, the port sees an average of 1 million pounds of seafood enter and exit by truck, rail, and boat every day. Wild-caught fishing boats, as well as oyster and other shellfish farms, stud the Southcoast and contribute to our regional economy—but we don’t necessarily get to see that on our plates. 90 percent of seafood sold in the U.S. is imported, and we export about ⅔ of the fish we catch.

“A lot of the fish we catch here ends up being sent overseas or to other parts of the country,” says Kate Masury, program director at Eating with the Ecosystem. “We land so much fish that we need other markets besides our local markets—but in an ideal world, we’d be eating a larger share of the fish we produce in the region.”

So, what kinds of fish are in high supply along our coastlines? That can be divided into two categories: shellfish and finfish (anything that swims—like cod and mackerel). Massachusetts’s most economically important catch is scallop, which are relatively easy to find in many mainstream grocery stores. When it comes to finfish, though, most of what we eat is not locally caught. Many seafood eaters are familiar with staples like salmon, tilapia and shrimp, but those are primarily farmed and imported from overseas.

“I don’t mean to bash Atlantic salmon, but when people buy Atlantic salmon assuming that they’re helping out local fishermen, they’re mistaken,” says Amanda Davis, director of Our Wicked Fish. On the other hand, she says, “there is a whole suite of whitefish that are cousins of cod, delicious, and are not overfished.” This includes haddock, white hake, and Atlantic pollock. And don’t forget about locally harvested shellfish including mussels, lobster, and Jonah crab.

These more local species may not ring a bell for a few different reasons. For one thing, they’re not as common on restaurant menus or at grocery store fish counters. Imported fish—like salmon—is often very cheap, and has a relatively large profit margin for suppliers, making it a more lucrative product. For instance, shrimp sales comprise about a third of all U.S. seafood imports. However, it wasn’t always so accessible.

“Back in the seventies, going out to a restaurant was a big deal,” says Davis. “To be able to order a shrimp cocktail was super fancy. Now, you don’t even blink an eye at them because they’re primarily farmed, not wild-caught.” The low cost of farmed shrimp, even when they originate in waters across the globe, made them all the more common in our American diet. Now shrimp appears everywhere from frozen meals to high-end eateries.

A reverse version of shrimp’s rebranding tale is told through the story of squid. “Off the coast of New York in the seventies, groundfishermen were seeing depleted stocks of groundfish, but catching large amounts of squid,” Davis recounts. “At the time, no one here was eating squid!” But it was popular in Italy, where they called it calamari. Marketing efforts associating squid with European delicacies, as well as growing immigrant populations, helped to boost its popularity in the U.S.

These examples illustrate how our attitudes toward various kinds of fish can be quite malleable. Though imported fish tends to be the norm, we have the power to shift our attitudes and our markets to favor local, sustainable species instead.

“There are over 100 diverse species that are landed in our area’s waters,” says Masury. “A lot of species aren’t as available because there’s not much consumer demand. People don’t know they’re local, don’t know they exist, or feel some apprehension because they’ve never tried them before.”

Lesser-known local fish are also deeply misunderstood by many. Dogfish, for example, is caught here but largely exported to Europe, where consumers value the species more. In the States, “people call them ‘trash fish,’” says Davis, “but they’re delicious and wonderful! When we celebrate them, especially by creating delicious recipes with them, we can increase demand.”

The solution? Look up our local species, and find them at your local fish market or grocery store fish counter.  “Build a relationship with your fishmonger or fish market,” says Masury. For example, “if you ask your fishmonger for scup, they might not have it when you ask, but they could place an order for you. That indicates consumer demand.”

After you make your purchase, both Eating with the Ecosystem and Our Wicked Fish supply troves of creative recipes to showcase their flavor, and bump right up against your favorite shrimp scampi or run-of-the-mill salmon dish. Source additional ingredients from local growers in our Local Food Guide, and you’ll be enjoying new flavors and supporting our farmers and fishermen at the same time.

“Chefs love cooking with these local species when they’re available,” says Davis. “We need to show people they’re missing out on a really good time.”

Eating With the Ecosystem – What’s Local?: A concise list of all local fish species available in New England/the Southcoast.

All Retail Fish Locations in Massachusetts

Fish Available by Season: Cross-reference this list from Red’s Best with local fish lists to figure out the best time to purchase different species.

Food Forward – The Sea: This segment of the Food Forward documentary series tells the stories of Fairhaven lobstermen during the COVID-19 pandemic. 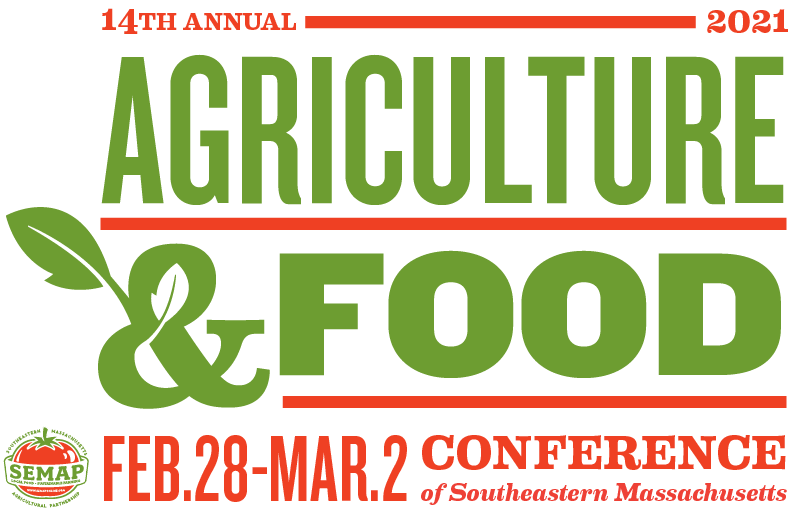