BY JASON WENTWORTH
As the “Buy Local” movement grows and the market for locally grown agricultural products expands, more and more people are stepping out of their comfort zone and trying unique products previously unfamiliar to them. Joining a CSA may mean you’ll receive fruits and vegetables and other items that you may not have used before. Exposure to a greater diversity of agricultural products is one of the great benefits of buying locally, and raw milk is certainly a part of that. 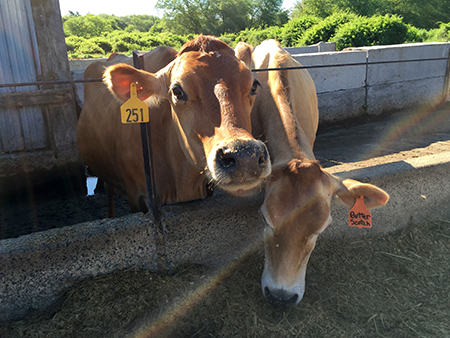 Raw milk is simply milk that has not gone through the pasteurization process to kill bacteria used in most commercially available dairy products. Current state regulations allow it to be sold only at the farms where it is produced, so you won’t find it at your local supermarket. However, venture out to Pine Hill Dairy in Westport and farmer Andrew Ferry will be happy to set you up with a gallon, a half gallon, and some knowledge. 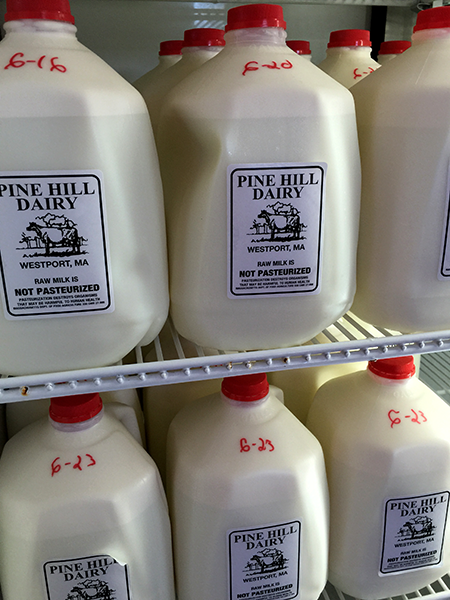 Ferry, a lifelong resident of Westport from an agricultural family, started his iteration of the farm in 2011. It was originally farmed by his father but had laid dormant for about 10 years, and Ferry credits Craig Richov and Ernie Fisher from MDAR’s Farm Viability program and Julie Viveiros from the region’s FSA office for going above and beyond in assisting with efforts to rebuild the farm’s infrastructure.  Ferry had been working with dairy cows from a young age but, with his extensive practical experience, wanted to try to strike out and doing something different. His goal was to produce quality raw milk and build a loyal customer base. “A lot of people are scared of raw milk,” Ferry said. “People who’ve tried it like it…and they come back. It’s because of the milk itself but also because I am honest with my customers.” 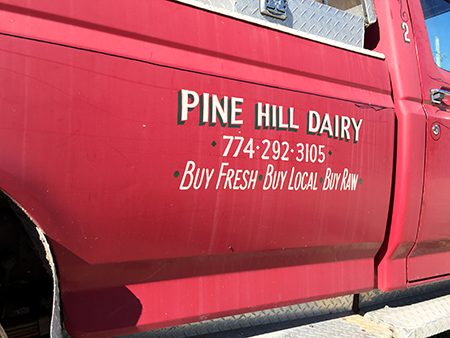 Part of that customer trust is built by Ferry’s insistence on the highest quality and safety standards. In addition to monthly mandatory tests of his milk by the State (which certifies his milk), he has also contracted with a Vermont organization that tests more frequently. He also has invested in new technologies that allow him to do on-the-spot tests and data analyses utilizing mobile devices. “We can do accurate testing in the field now in minutes that would’ve taken hours,” said Ferry. Frequent testing and constant monitoring gives him the ability to quickly identify and remediate problems, but moreover gives Ferry peace of mind and the confidence to stand behind his product. 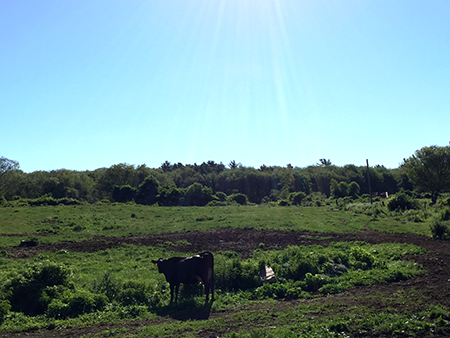 Of course, at the center of the operation are the cows. 42 happy Holsteins (and some Jerseys) produce about 150 gallons a week of raw milk for sale at the farm. The final amount really depends on the demand. “I only bottle what I can sell so, if I see I need more, we’ll make more. That means the milk here is always fresh. It’s never lying around and there is no waste,” Ferry added. According to Ferry, most people give his raw milk a 12-14 day shelf life. The taste and smell of fresh raw milk is what keeps devotees coming back and, while there is a lot of debate about whether raw is healthier and more nutritious than pasteurized, the main benefit of buying his milk as Ferry sees it is that you know where it’s coming from. 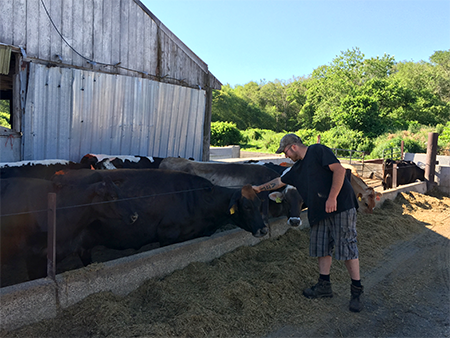 In addition to raw milk sold on the premises, Pine Hill Dairy also sells 5,000 lbs of milk every other day to Garelick Farms which ultimately does get pasteurized. While he is appreciative of that opportunity for consistent revenue, Ferry says he enjoys the raw milk operation the most because of that connection to the customer. “When you sell to a co-op, it all gets mixed. So someone buying a gallon at the supermarket doesn’t make that connection to our farm,” he said. Direct retail gives him the chance to meet people and talk not just about raw milk but of the benefits of all dairy products and farming in general. Ferry also said that he also has plans to bring even more value to his customers. He’d love get into cheese or yogurt production, either on his own or partnering with someone involved in the business. “I work so hard to take good care of our cows, and to produce good, clean milk,” Ferry said. “I want to share that quality with as many people as possible.” 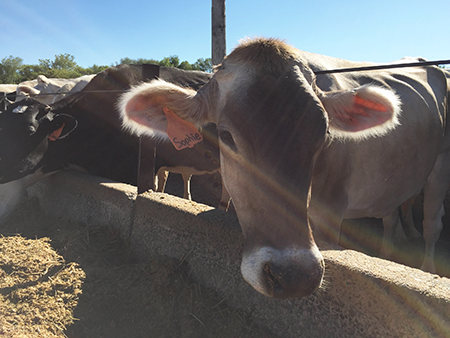 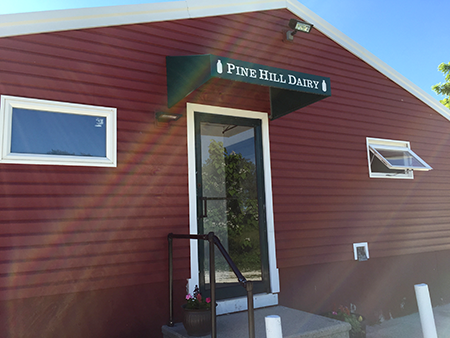 The value of agriculture can be defined by much mo