BY JASON WENTWORTH
If you go by the numbers, Norfolk County has the least amount of farms in Massachusetts outside of Dukes, Nantucket, and Suffolk counties. The number of acres farmed is comparatively lower than many other counties, as is the median size of farm. True, numbers don’t lie, but they don’t always tell the full story. While the scale of agriculture may not be as great as other counties, Norfolk certainly makes up the difference in diversity and quality. A trip to Ward’s Berry Farm is all you need to understand that. 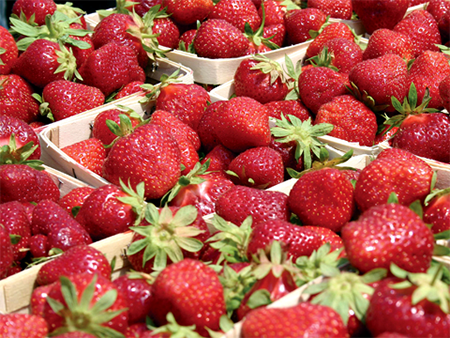 Located in Sharon, its over two hundred acres sprawl across several lots and streets and yet, very quickly after arriving, you feel right at home. Wandering in the greenhouse area, a young farmhand in his early 20s struck up a conversation about what’s starting to grow after a long winter thaw. His youthful enthusiasm wasn’t an anomaly, and it wasn’t restricted to the young people I met. Ward’s is certainly large but, at its core, it is a family farm…and families care. 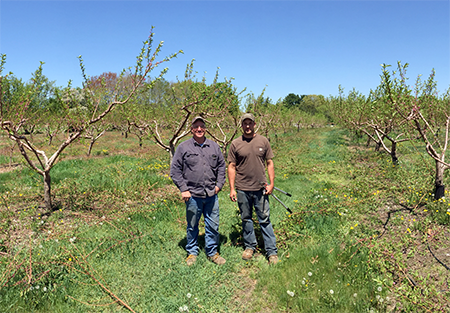 I hopped in Jim Ward’s pickup to do a tour of the farm, and that feeling was immediate. “The future of local agriculture IS bright,” said Jim, who is co-owner with his brother, Bob. As if to illustrate that point again, we pulled up to rows and rows of peach trees and a young farmer named Steve, Jim’s right-hand man, pruning and preparing the trees. “I’ve been blessed to have capable, energetic and motivated people work with me,” he added. And he certainly needs them. Ward’s Berry Farm grows a wide variety of vegetables, tree fruits, and berries. Sweet corn, tomatoes, pumpkins, peppers, eggplant, peaches, cherries, grapes…and that’s a short list! They have 10 different varieties of CSA (yes, 10 different ones) that serve over 500 customers a week, including a certified organic CSA. For 15 years, Ward’s CSAs have been serving customers directly and growing every year, which was a far cry from when he and Bob took over in 1985. “You’d practically be begging wholesalers” to buy direct from the farm back then. Now, the great demand allows for a more personal interaction between farmer and customers. 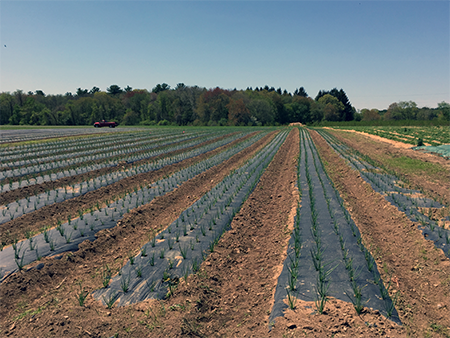 Indeed, Ward’s bustling farm store is the main focus of the farm’s business, allowing visitors to purchase plants; picked vegetables and fruits; jams and prepared items; and also fresh, hot foods, like sandwiches. There’s plenty of parking and, on the sunny and warm day I visited, folks using tables outside to take their lunch break and young children enjoying the onsite playground. In addition to the farm store and CSAs, Ward’s sells to about a dozen restaurants and distributors, and participates in ten farmers’ markets, mostly in the Boston area. They also sell product to other farm stands as well. 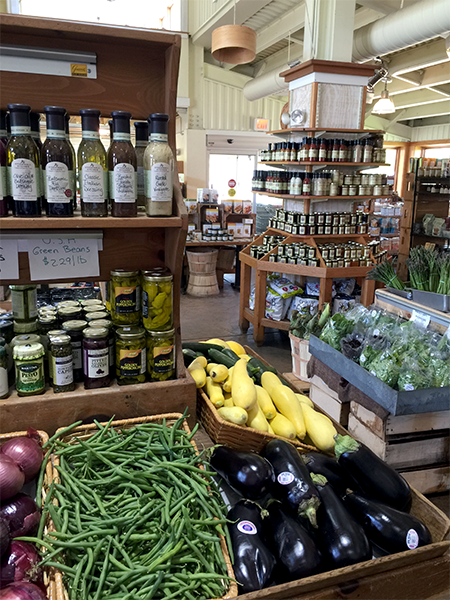 Another big annual draw is fast approaching us: “pick-your-own” season. Jim informed me that his PYO berries will most likely peak in mid-June and, this year, you can come and pick strawberries and blueberries. If you’ve had your fill, why not get in there and pick your own potatoes? “We started that several years ago and people absolutely love it,” Jim said. Additionally, you can pick your own sugar snap peas. The assortment of products and the ability to get your hands dirty and pick is a huge part of agritourism, an increasingly growing portion of agriculture that is helping farms across the Commonwealth increase profitability and, at its heart, is focused on giving the farm experience to more people. It’s a complete sea change from when Jim and Bob assumed control after the tragic passing of their father, William, who had purchased the farm in 1981. “When we started, farms and farmers were locally disdained, ignored by local restaurants and forgotten by the public,” Jim said. “Now, the opportunities couldn’t be greater. We would spend thousands on advertising in Boston papers when we first started.” Now, it’s word of mouth and social media. “Farmers are everyone’s hero now,” he added with a chuckle.

Jim, who has also served as past president of the New England Vegetable and Berry Growers’ Association, and Bob have labored hard to make Ward’s Berry Farm the institution it is. They continued the dream of William Ward (and their mother, Ann, who still pops in for a visit), but built even further upon it. They’ve also spread the success, hiring 50-60 farmers in season and usually keeping 30-40 off season. “I wanted to be a farmer, not an HR guy,” Jim said only half-jokingly but, while the challenge of the labor pool is ever present, they continue to bring in young and experienced farmers whose dedication and work ethic are compatible with theirs. That family farm mentality is evident, not just in the fields, but in the finished product. Thirty years at the helm for Jim and Bob Ward…now that’s a number that doesn’t lie.