BY JASON WENTWORTH
The crisp airing biting as you pull the blanket over your face…the feeling when your feet first hit the cold floor in the morning…scraping that layer of frost from your windshield. Yes, November mornings in our little corner of heaven have all the subtlety of an ice bucket challenge. The only thing on most of our minds is the first coffee of the day (and, perhaps, some of us have drawn plans for the second by that time). Don’t feel bad: by the time most of us have reached for that first cup, the folks at Dufort Farms in Rehoboth have already been up for several hours applying their craft. 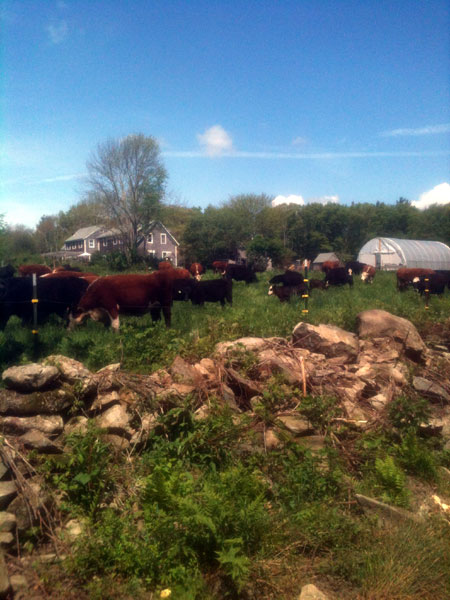 Year round, John and Carolyn Dufort care for the Angus and Hereford cattle (about 60 head this year) and very happy hogs that roam the over 120 acres of farmland the operate. They first established the farm on 32 of those acres in 1990 on land with an agricultural history dating back to 1865, and have steadily expanded via leased land to accommodate a growing need for locally raised beef and pork. They also feature homemade jams and jellies at their farm store and offer “pick your own” blueberries from their over 1000 blueberry bushes in season. Beef and pork are the stars of the show though, and I had the wonderful opportunity to speak with John and Carolyn about what they do and why they do it. 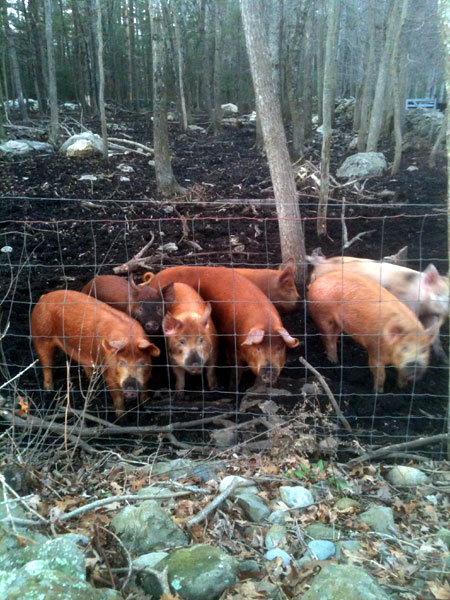 “What’s a vacation?” John laughed. “We haven’t taken one in five years!” Year round is year round at Dufort Farms and, as some in local agriculture start to scale back in the fall or begin the important work of planning for the next spring, the Duforts are out in full force, both on the farm and at markets. They are always a presence at the Holly Hill Farm (Cohasset) and Plymouth Farmers Markets and their products can also be found at Lee’s Market in Westport, The Good Seed in Seekonk, The Breakfast Place in Attleboro, Martha’s in Plymouth and Simpson Spring in Easton. Additionally, they operate their own farm stand on Saturdays from 8am to 4pm. Thankfully, John and Carolyn’s son and daughter-in-law, Peter and Sydney, also pitch in to help get their products to market. 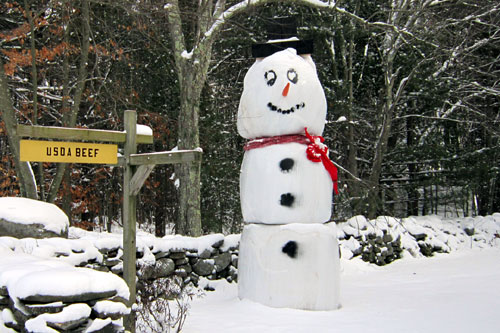 While a good chunk of time is spent shuttling cattle and hogs to process or bringing finished product to market, being on the farm and properly raising the animals is the part of the equation in which the Duforts shine. It take from three to three and a half years before cattle can be brought to market, about a year as calves and, after calving, two to two and a half years before grass fed steers generally reach market weight. As you can imagine, the regulatory responsibilities are many for a farm that produces beef and the Duforts, who maintain a very close relationship with their customers, are always doing their due diligence to insure the highest standards. Their grass fed beef and foraged pork is USDA approved (and, may I say, delicious) and they are always focused on improving quality and customer satisfaction. 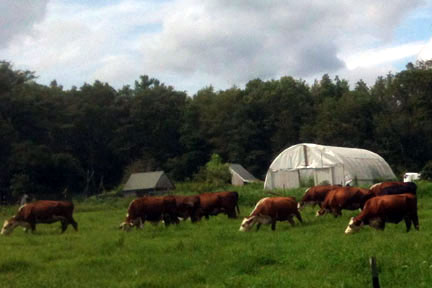 Most consumers these days buy meats from large chain supermarkets and it’s either difficult or impossible to ascertain the chain of custody from farm to table. Buying locally is a great way to know with certainty the quality of product you have and, just as important, the quality of the producer…but does it taste any better? Spoiler alert: yes. When I visited the farm, I bought two pounds of ground beef and packages of sweet Italian and spicy Cajun pork sausages to do my own “scientific research”. As homage to my Italian roots, I did my best to replicate my grandmother’s meatball recipe for the first test. Some minced garlic, pepper, seasoned bread crumb and farm fresh eggs and, with a little bit of shaping, they were ready to go to the frying pan. After a few minutes, I tossed them in a homemade sauce thrown together with some late season tomatoes and served them on rigatoni. What really struck me was the juiciness of the meatball. Every bite was consistently juicy and both the texture and natural flavor of the meat paired well with the ingredients within and surrounding it. While it certainly exceeded my exacting standards, the true test is always “will the kids eat it?” Well, they gobbled them. There really wasn’t anything left after we were done, so mission accomplished. A few days later, I used the other pound to make hamburger patties without any added flavoring, and THAT is when you can really tell the difference between beef shipped from a different time zone and beef raised down the road. The juiciness was there once again but that natural beef flavor, unfettered by ingredients, fillers, or any other by-products, really struck me. The pork sausages left the same impression, needing absolutely no additional flavoring or condiments. Truthfully, I didn’t share the sausages. Sorry, I’m not sorry. 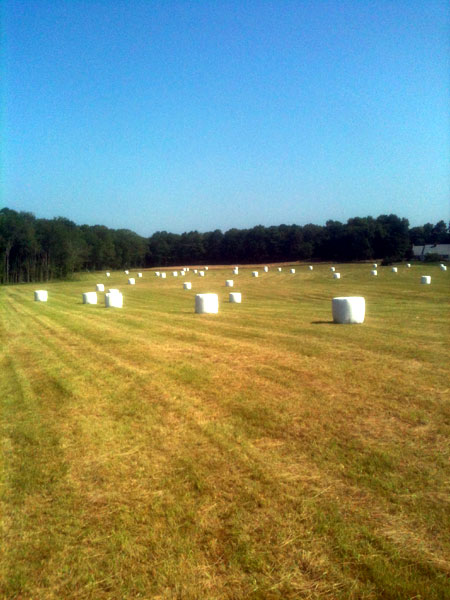 After enjoying these wonderful meats, I touched base again with John. I asked him what challenges do the Duforts face that people outside of agricultural might never consider. “Life on the farm…today’s current population (urban and city life) has been removed from the family farm for two to three generations. They have little concept of the time it takes and the workload everyday throughout the year to bring products to the table,” he said. “It’s not instant. Some days are 18 hours. You deal with the weather, ice and snow, frozen water, hurricanes, and wildlife dangers.” A lot of farmers are in that predicament but, when raising cattle, the variables increase, according to John. “We also deal with one hundred percent of the risk. If we lose a calf (or a cow and calf), that is a big financial setback.”

John’s point about educating the public about local agriculture is well made, and certainly something to consider when venturing out to the buy groceries. As a follower of SEMAP, you know how important that effort is. It’s why we do what we do here, but if you have friends or family who have never tried locally-raised meats, try to make this point to them: quality, safety and taste don’t spontaneously appear. They are painstakingly crafted over time and, like many things in life, you get out what you put in. Given the choice between a faceless factory from a far-flung flyover state or the farmer down the road whose top priority is making sure you come back satisfied, isn’t that choice obvious? Moreover, don’t we, as consumers, deserve that quality when it comes to the food we eat? The answer is a resounding yes, and that’s why we buy local.

Dufort Farms is located at 55 Reservoir Avenue in Rehoboth. They can be reached by phone at 508-252-6323 or by email at jddufort@dufortfarms.com

For an up-to-date list of products and markets, visit DufortFarms.com.

Tell them SEMAP sent you!

The value of agriculture can be defined by much mo