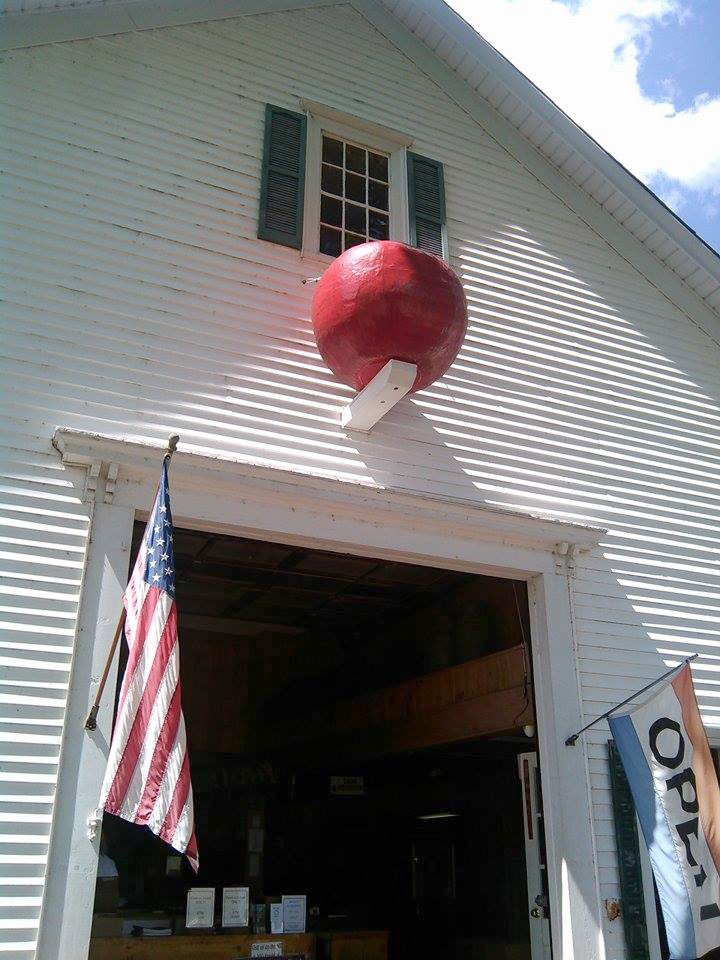 Off of Route 1A in Wrentham, up and over the hill, down a windy road, sits a fall destination farm and a gem of Norfolk County. Known as ‘The Big Apple,’ the Pine Hedge Orchards has been a longtime autumn sweet treat, but this farm offers so much more. The 100 plus acres are still home to some of the original apple trees dating back to the former owners, George Gilman and Mrs. Osie, during the 1840’s. These majestic trees are still producing apples alongside the 26 other varieties now spotting the hill side. 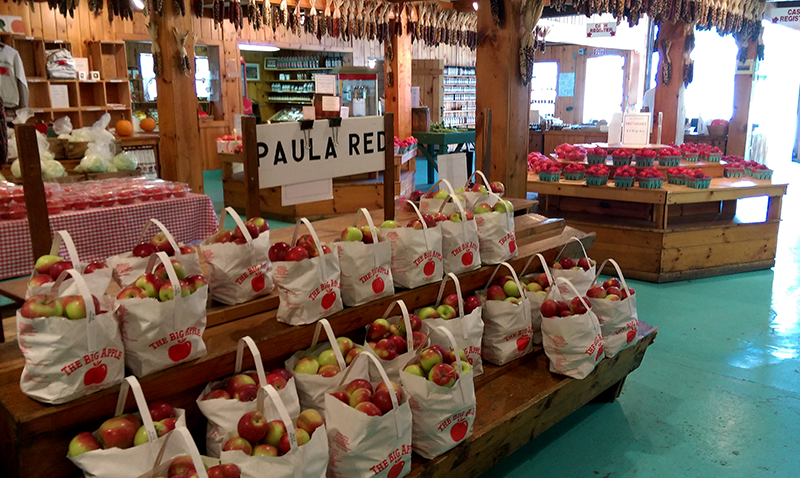 The farm has expanded since the Morse family purchased it in 1950, adding more land and more trees as well as produce, berries, preserves, baked goods and ice cream. John Morse and his wife, Peg, run the farm with help from their kids. John is one of 5 sons that grew up on the farm. He followed in his father’s footprints and tractor rows and now his daughters are learning the business end of the operation. However, they are not always in the office, you’ll find them working the retail floor and driving the equipment too. The farm employs 2 or 3 full time employees and during peak harvest will have 40 part time staff to keep up with the trees. Pine Hedge Orchards, like many farms in New England, struggles with finding good help. “It’s not always easy working in the sun all day,” said Peg, “Seasonal help for us is hard; most kids are heading back to school when our season peaks.” 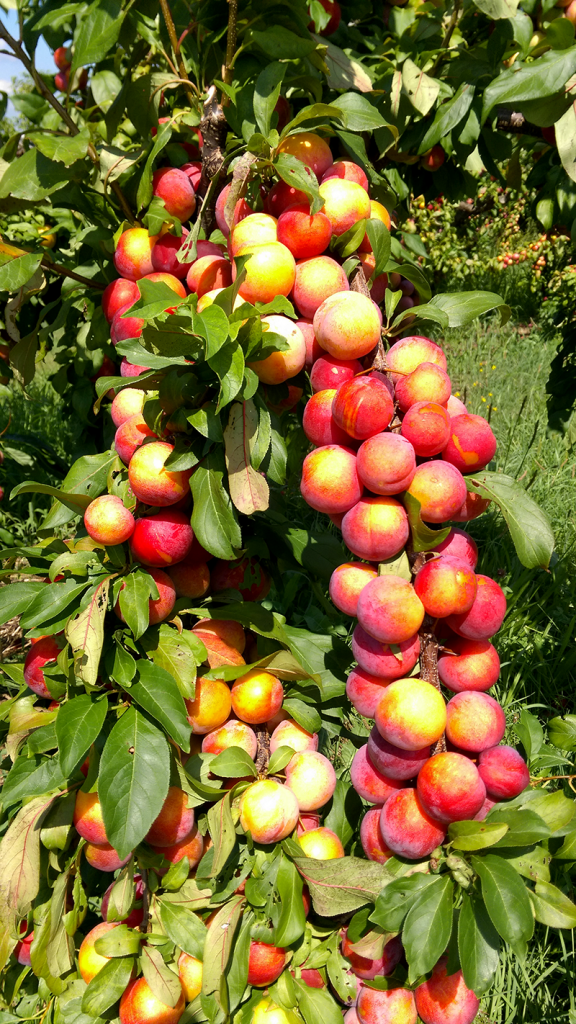 The farm generates most of its income from its retail sales. However, back when the farm started, it was selling off-farm, near Wampum Corner in Wrentham. As it grew it, they used an old card table by the roadside. Today, you enter the old barn under the iconic, big, red apple and the smells will immediately bring folks back to childhood memories of homemade apple pies cooling in the window at Grandma’s house. Educational charts will be posted soon, listing out what is in season for fruit, including berries, apples and more. With over 26 kinds of fruit trees and a rolling season of blueberries, it can be overwhelming. However, the farm also supplies in season favorites as well like tomatoes, beans, squash, peppers, and let’s not forget about pumpkins and gourds! 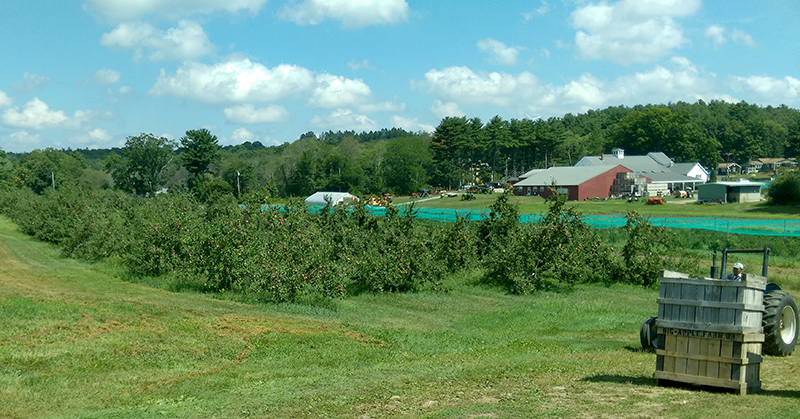 Like many orchards, the Morses used to produce cider on site. With the more recent pasteurization regulations for the cider industry, they decided to outsource the apples to a local producer; many other orchards have made a similar decision. Local apple farms ship out the apples and in return get locally produced cider made with their own apples. “It lessens the work but allows them to know the product is New England grown cider,” said John. Today the old cider room has been transformed into an ice-cream parlor with an outdoor service window. Even the ice cream side of the farm offers an apple creation called ‘The Big Apple Donut Sundae’ for those who are craving a delicious confection. 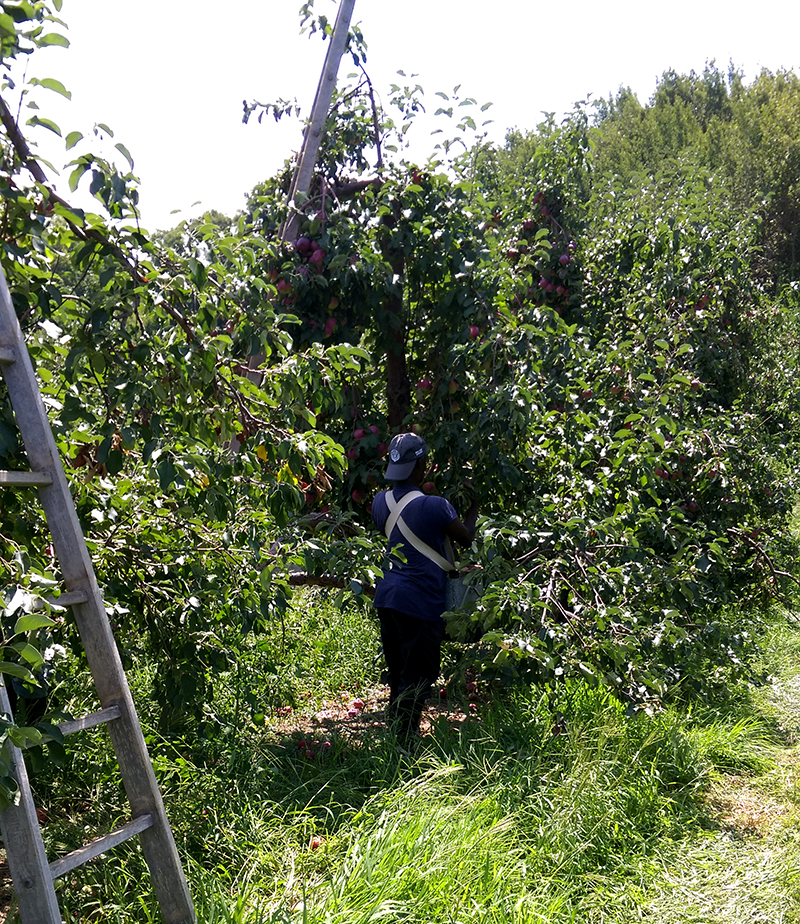 A small part of the orchard is open for pick-your-own-apples in the fall, and in the summer months blueberries and raspberries are available for picking. If the sweet taste of fresh fruit and the creamy frozen treat still are not satisfying your sweet tooth, be sure to check out the baked goods. Candy & caramel apples (available Sept – Dec), muffins, turnovers, cookies, and both whole pies and pie slices line the shelves. The Big Apple has something for everyone. 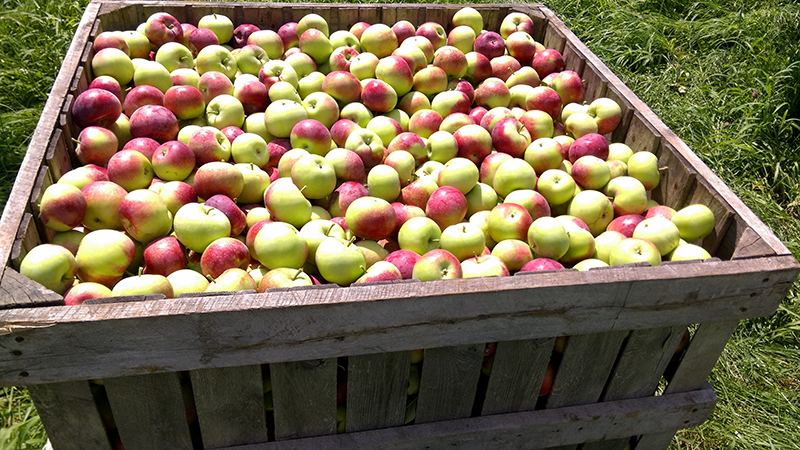 As the farm continues to grow, the Morse family looks forward to seeing old friends come back with new members of their families and making new friends. They currently supply two local schools and hope to increase sales with local chefs. The farm can supply a great seasonal array for vegetables but loves the idea of berries and fruit ending up on someone’s dinner at a restaurant that supports local farms and the Buy Local movement. 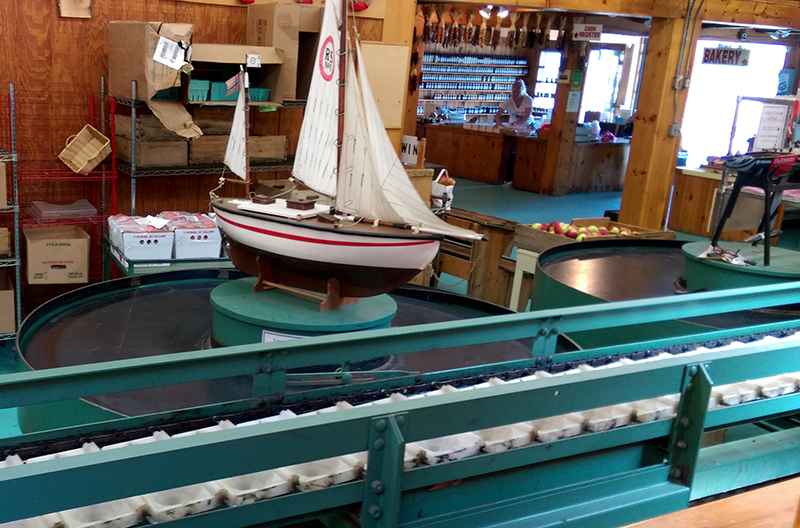 For more information on the Big Apple you can go to thebigapplefarm.com or head over there at 207 Arnold Street, Wrentham, MA! 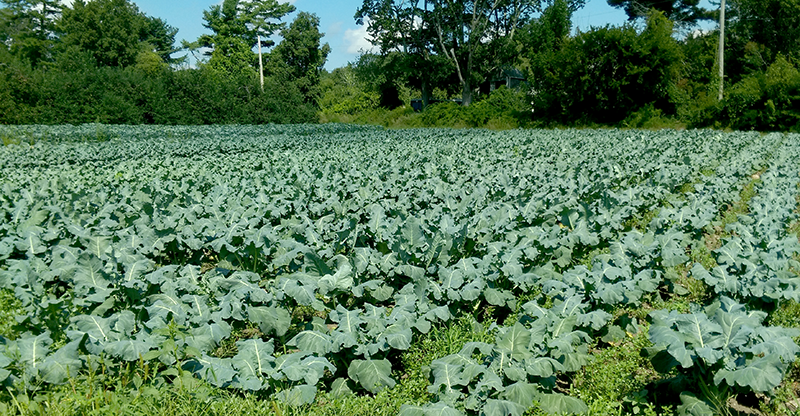