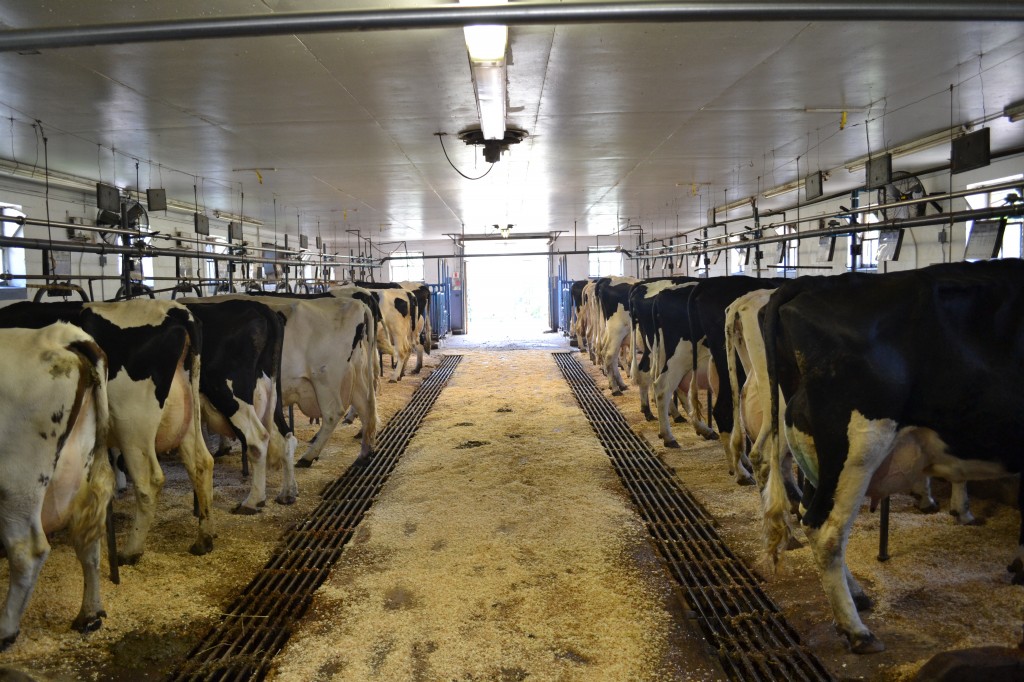 BY JASON WENTWORTH
It’s 5:00 am, and the sun won’t be out for quite some time. Spring may be here, but the chill of the air, like the sensation of an ungloved hand placed on a sheet of ice, is telling you that winter is still lingering. While some high school students in the region are still warm in bed and well-ensconced in dreamland, some intrepid student workers are milking cows. That’s the reality for many of the students who work in the Animal Science Department at Bristol County Agricultural High School in Dighton. After a difficult winter of constantly beating back the snow to make sure cows had enough room to stroll outside, the staff and students at the Aggie are no doubt acutely aware of those challenges. Thanks to their diligence and hard work, Bristol Aggie’s dairy cows were well-cared for and were more than happy to keep the milk flowing. 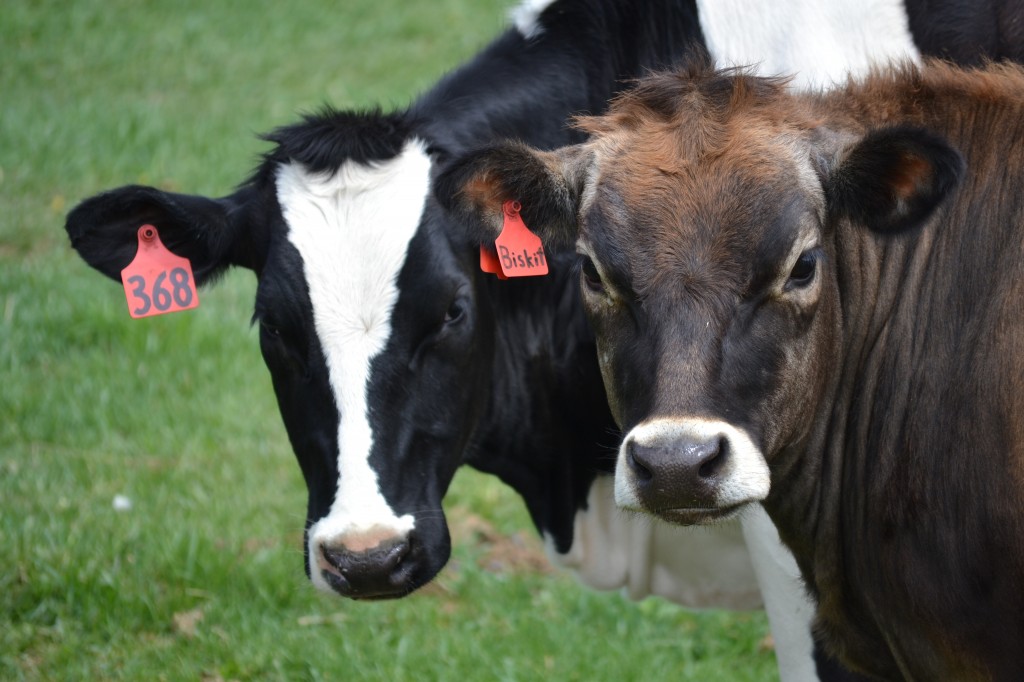 Being the only agricultural high school in the Commonwealth with a working dairy, Bristol Aggie not only is producing milk but also providing an invaluable experience for those who will ensure there is a future local dairy community. Under the guidance of Animal Science Department Chair Leslie Blanchette (herself a former student at Bristol Aggie), Animal Science Foreman Kyle Medeiros works with dozens of students a year to care for the dairy cows, milk them, clean them and monitor their health. Medeiros, who grew up on High View Farm in Westport and studied at the Stockbridge School of Agriculture (UMass), enjoys the challenges and opportunities that working with young people presents. “The school day isn’t as long as a farmer’s day, and we’re always working to maintain a balance between the teaching curriculum and hands-on experience, but it’s a good lesson in unpredictability. You can plan, but you never know what the day will bring you,” Medeiros said.

Generally, on any given day, the first milking takes place around 5 am, usually performed by Medeiros and a rotating student worker. After milking, it’s on to feeding and watering the 20-25 milking cows and cleaning the barns of all of the large animal barns (including calves, cattle and heifers). At 8 am, cows are let out to roam on the 20 acres of grazing land, in addition to another 20 acres with corn and 40 acres of alfalfa, grass and clover. Then, it’s on to cleaning up the barns again. Around 12:30, the dairy cows are treated to grain and their health is checked. At this point, any required veterinary procedures are done. Then another milking at the end of the school day. All of that good care and yummy grazing gets put to good use, with Holsteins producing anywhere from 80-90 lbs of milk a day, and Jerseys coming in at 60 lbs. Excessive summer heat can always create problems, and has the effect of dropping productivity. Additionally, this winter’s snow created a lot of extra work for Medeiros, other staff and students and, consequently, some much longer days than anticipated. 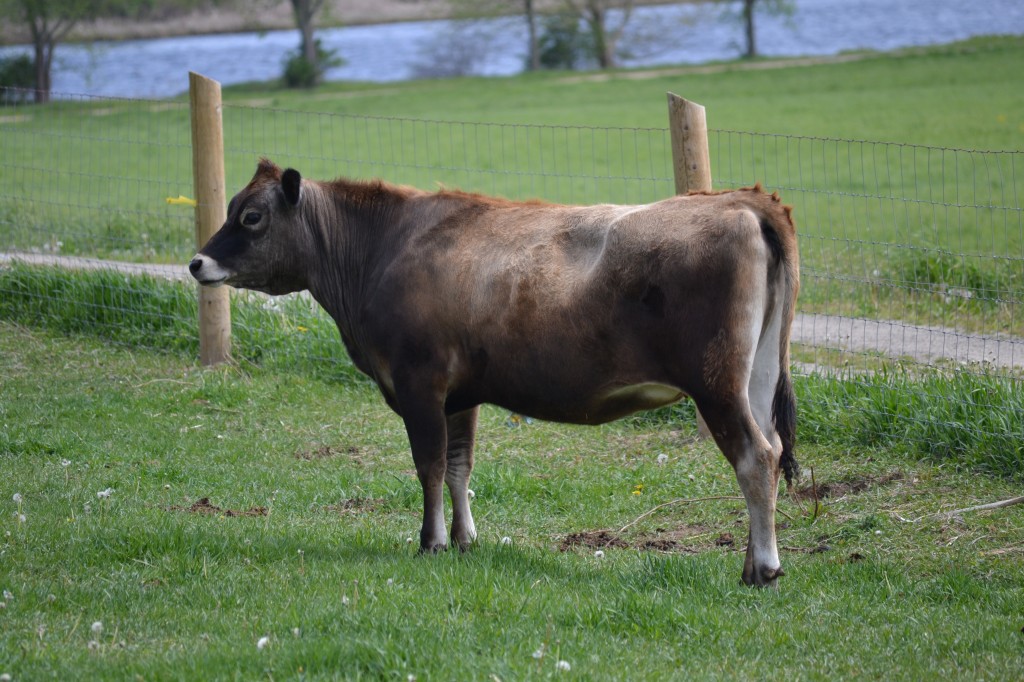 Every other day, Agri-Mark’s milk trucks come to pick up the fruits of the Aggie’s labor and bring it to Vermont to be processed. If you enjoy Cabot’s cheeses, dry milk, and yogurt, chances are you’ve enjoyed some Aggie dairy! Cabot’s appreciation for the Aggie’s product stretches beyond just a market relationship: recently, they sent a crew down from Vermont to paint the outside of the dairy in their signature plaid. While not all dairy farms participate in co-ops (with some choosing to sell direct to consumers or deal with markets themselves), the arrangement works well for the Aggie, according to Medeiros. “It’s not just about production but really teaching these kids how to manage the cows, how best to care for them, and appreciate the time and labor it takes to produce a glass of milk,” he said. 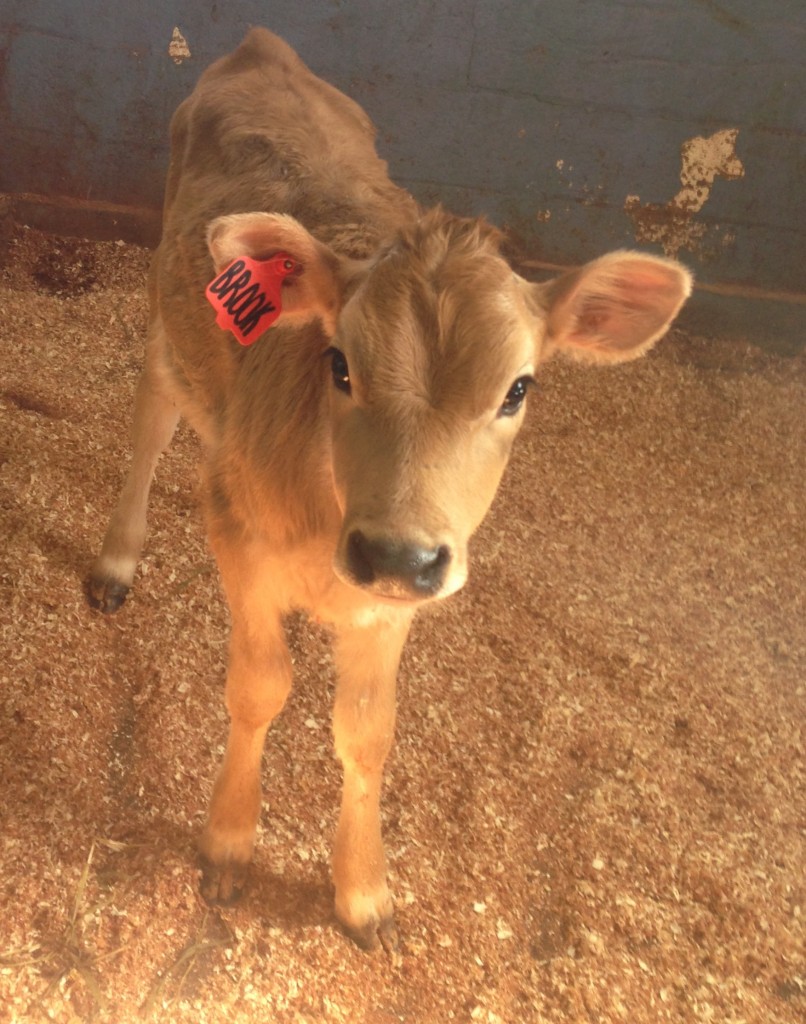