(EASTON) – After a particularly cruel winter, with snowfall totaling over 100 inches in many regions of Massachusetts, local farmers and growers are digging out, assessing the damaging and asking for help. After a spate of barn and greenhouse collapses, both in Southeastern Massachusetts and across the Commonwealth, local organizations supporting agriculture are reaching out to federal, state and municipal officials and other stakeholders for support. On Friday, State Representative Claire Cronin (Easton) visited one of the farms in her district to witness the damage firsthand and get an idea of what could be done. Todd Sandstrum, Chairman of the Easton Agricultural Commission and member of the Board of Directors for the Southeastern Massachusetts Agricultural Partnership (SEMAP), reached out to Representative Cronin to inform her of greenhouse collapses at Flynn Family Farm and Nursery in Easton, Massachusetts, and both Representative Cronin and Sandstrum immediately scheduled a site tour, bringing together representatives from various organizations, including Select Board member Dottie Fulginiti, Julie Viveiros and Mike Dragunas from the USDA Farm Service Agency , and Rudy Medeiros from the nearby Norfolk County Farm Bureau. Sandstrum, surveying the damage, said, “ the impact is not only in the short-term but, in this case, will possibly impact the farms for five to seven years pending terms of loans and so on. To a farm that has a low profit margin this could put some smaller farms out of business in the next few years.” 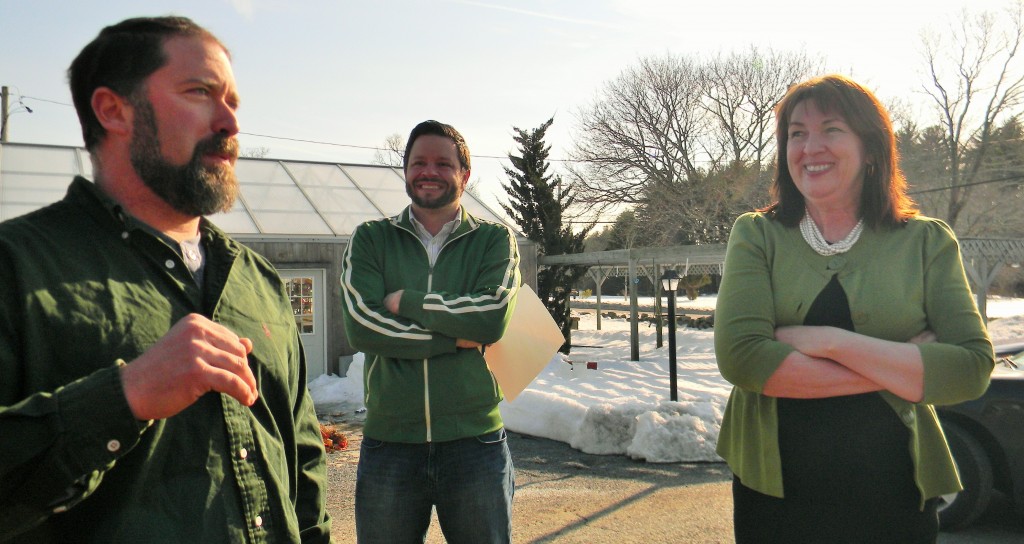 Flynn Family Farm and Sean Flynn Landscape have a combined workforce of 14 to 18 people at peak season. The farm, sited on 22 acres and running 6 greenhouses totaling about 12,000 square feet, has an additional acre of fall crops and an orchard that has yet to mature. For Sean Flynn, the hard winter has resulted in the total loss of two greenhouses with three others needing all new double plastic covers. Flynn said “the damage looks to be about $50,000 to $70,000 but bringing things up to code could make the total could be even higher.” The timing of this loss could not have been worse. Flower plugs that had been ordered in the autumn are now arriving and will need to be planted into larger pots and given the space to grow. Without the two greenhouses, the plants will stress from being root bound and poor airflow around the plants can also result in the plants’ death. 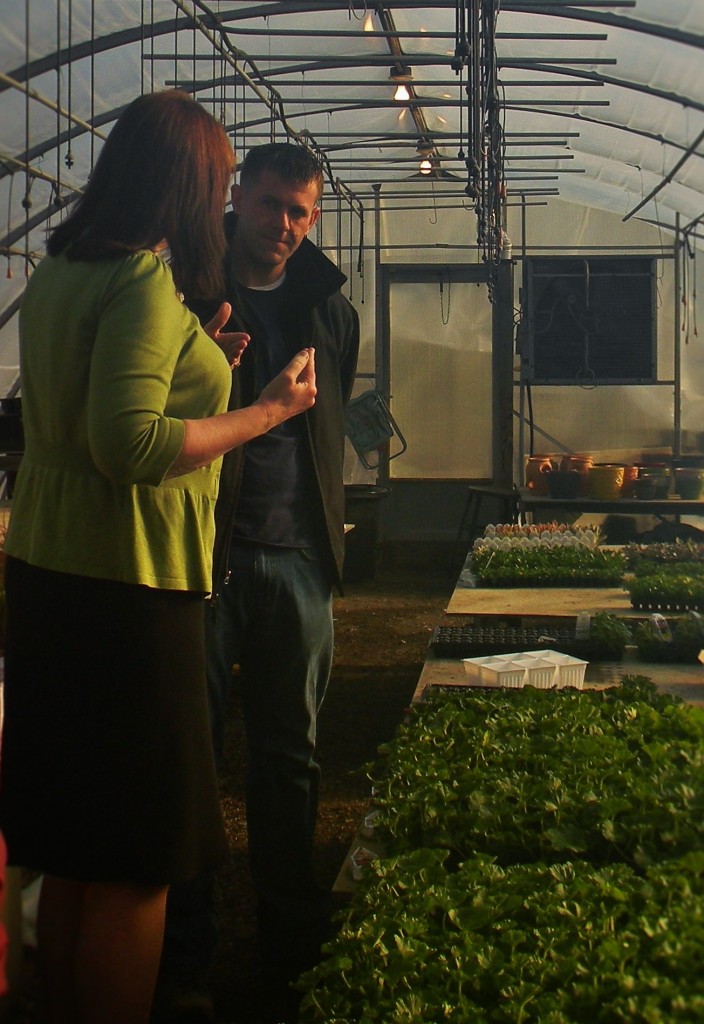 From their visit, Representative Cronin and others in attendance were able to get an idea of the scope of damage faced by farmers and growers across the Commonwealth. The Flynn’s farm is part of Massachusetts’ growing agricultural industry, with many beginner or young farmers. Whether old or young, the challenges faced by farmers this winter has been significant, and Jason Wentworth, Executive Director of SEMAP, noted that, “according to the most recent USDA agricultural census, there are 1787 Farms in Bristol, Plymouth, and Norfolk counties alone, generating agricultural products with a market value of $157,222,000, and 19 percent of that is horticulture, landscaping, floriculture, nurseries and greenhouses. That’s a lot of small businesses and a lot of local people employed.” Wentworth, who also visited Flynn’s, added that, “beyond regional agricultural economic interests, the aftereffects of these storms are hitting real people. The level of preparation differs from farm to farm, but preparation can only go so far in the face of the onslaught we received. The potential negative impact on our agricultural community is significant enough to warrant putting our collective heads together and figuring out ways to mitigate but also prevent in the future.” 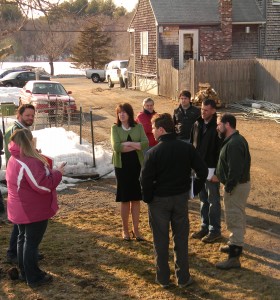 Representative Cronin, for her part, recognizes the needs of the farms have and has asked that Sandstrum, SEMAP, and Julie Viveiros the County Executive Director for USDA ‘s local Farm Service Agency (FSA) work with other statewide farm organizations to compile a report of farms that have suffered a catastrophic loss due to the snow this past winter. Once the team has all the info, Cronin has said she “will personally reach out to her fellow legislators, especially those whose districts’ farms have been impacted, to figure out how best to assist farmers affected.” If you are a farmer or grower whose operation has been damaged by winter storms, contact Julie Viveiros at (508) 880-0185 ext 102 or by email at julie.viveiros@ma.usda.gov.